The diet by blood type: intox or detox? 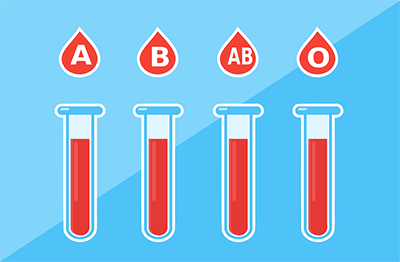 The diet by blood type: intox or detox?

And if we were overweight because our diet was not adapted to our blood type? This is what Dr. Adamo, creator of the diet by blood type, claims. So, more scam or nutritional revolution?

Each blood group has particular characteristics inherited from our ancestors and more or less compatible with the food we eat. By consuming only the food adapted to our blood group, we find a weight of form while protecting ourselves from a certain number of chronic diseases.

Dr. Peter Adamo, the naturopath, has developed the thesis of his father Dr. James Adamo also naturopath that our nutritional needs depend on our blood type. He bases this theory on two principles:

1) Blood groups have differentiated over the millennia.

2) Each group corresponds to a particular blood composition. On the surface of red blood cells are glycoproteins. And, depending on the blood type, these glycoproteins are not the same. The glycoproteins of red blood cells are likely, according to Adamo, to react with dietary proteins, lections. This interaction would lead to both red blood cell agglutination and immune system formation of antibodies to these dietary proteins. Thus, eating the wrong food with the wrong blood group could cause serious diseases (especially cancers) or even death. In contrast, the foods that fit each group would be the ones that were most eaten at the time the blood group appeared.

For each of the four blood groups, Peter d’Adamo has defined a profile (related to human history) and foods that are beneficial, neutral or avoid:

It is the oldest (and most common) blood group, that of our hunter-gatherer ancestors. They fed on animals, fish, insects, berries, roots, and leaves. They had a high-protein diet and sustained physical activity.

People belonging to this blood group must, therefore, favor lean meats (beneficial foods) and avoid as much as possible cereals (wheat and corn in particular) and dairy products because their digestive system is not adapted to them. They can consume fruits (except orange and clementine) and vegetables (except tomato, eggplant, and potato) but no legumes (lentils, dried beans, etc.). At the same time, intense physical activity stimulates them.

Group A In “diet by blood type”

He would have appeared in the Neolithic with agriculture. At that time, says the author, the man eats mainly cereals and legumes and his physical activity is less intense.

People belonging to this group must, therefore, have a rather vegetarian diet. Vegetables (excluding potatoes, sweet potatoes, yams, cabbage, and tomatoes) and fruits (except orange) must, therefore, comprise most of the diet. They must be as natural as possible: either raw or steamed (preferably from organic farming). Wheat and corn can be consumed but in reasonable quantities. Red meat should be avoided for poultry. Dairy products can be consumed in moderation.

Group B In “diet by blood type”

It would have appeared with the great human migrations, it is that of the nomads. The latter captured and domesticated wild cattle, so they had a diet of meat and dairy products.

The AB group In “diet by blood type“

This is the most recent. It would have appeared after the mixing of populations mainly A (of European origin) with populations marked by group B (of Mongolian and Caucasian origins). Their diet was diverse.

People belonging to the AB blood group can eat just about anything. They should favor lamb, mutton, and rabbit and beef turkey and avoid chicken carefully. Side vegetables and fruits, everything is good (in particular, plums, grapes and berries) except orange and clementine.

Adopting a diet that suits his blood type would allow, according to Dr. Adamo, to lose unnecessary pounds, prevent a number of viral or bacterial diseases, fight against most chronic diseases (cancer, diabetes, diseases cardiovascular, etc.) and stay young longer.

As a good naturopath, Peter d’Adamo also advises his readers to use fresh, healthy, unmanipulated and unprepared food (without sugar or additives) and in rather limited recommended quantities.

Sensitivity to lectins in foods (specific proteins) would be governed by the blood group. Each blood group is therefore adapted to certain foods and not to others.

What does the research say?

There are no scientific studies on blood group regimes. Dr. d’Adamo, however, has published some articles on the link between blood groups and certain diseases (cirrhosis, lymphoma, etc.) but they all appeared in the journal of which he is the founder, which removes much of their credibility from his research.

In reality, Dr Adamo’s claims are not based on very serious scientific grounds.

First, Adamo claims that the blood groups (after the O) evolved ten to thirty thousand years ago. In fact, DNA studies show that they have existed in the human species for several million years. So his theory has lead in the wing. The idea that blood groups would determine the risk of disease is a concept of the 1950s, which has largely dried up. It has since been recognized that human leukocyte antigens (HLAs) that are used by the immune system and are hereditary in nature have a much more critical role. Finally, if we look at both genetic influences and environmental factors, we realize that they have more impact on current chronic diseases (atherosclerosis, cancer, cardiovascular disease) than have hereditary factors.

Find out more about diet by blood type…

According to Adamo, people in group O “tend not to produce enough iodine “. But the human body is unable to synthesize iodine. The latter is exclusively provided by the diet.

– The amount of acid secreted by the stomach would depend on the blood group, which would have an influence on the digestion of proteins. In reality, the acids of the stomach do not digest proteins, it is the role of pepsin.

With regard to the lectins of foods, Adamo seems to have constructed a hypothesis based on studies conducted in the 1950s. For example, it is by experimentally using food lectins that Walter Morgan and Winifred Watkins (Lister Institute, London) have shown that the immune determinant character of blood group A is given by N-acetylgalactosamine – the first demonstration that carbohydrates on the surface of cells can carry biological information.

However, there is no evidence that dietary lectins cause an antigen-antibody type immune response depending on the blood group or that their potential toxicity is modulated by blood groups. While some lectins are involved in allergic reactions and others are potentially toxic, such as red kidney beans and other legumes (they must be destroyed by cooking before being ingested), others, such as Tomato (which is a danger for Adamo), mushrooms, seaweed or garlic are potentially interesting, especially in the fight against cancer.

The various tests practiced by Dr. Adamo do not under any circumstances to prove anything. Note also that in Adamo’s opinion, lectins are destroyed by cooking, germination, and milling.

Please comment on the article “diet by blood type“. Thanks

Managing blood sugar and Enjoy a Multitude of Health Benefits

managing blood sugar and Enjoy a Multitude of Health Benefits